(COLUMBUS, Ohio) – A scientific study being performed at The Ohio State University Wexner Medical Center based on an invention from Battelle has enabled a quadriplegic Ohio man to regain his ability to pick up objects, stir liquids and even play video games – using his own thoughts. Ian Burkhart of Dublin, Ohio made international headlines in June 2014 when he became the first paralyzed patient to use neural bypass technology known as NeuroLife to pick up and hold a spoon using his own thoughts.

“Today, when he’s hooked up to the system, he’s able to swipe a credit card, hold a bottle up to his mouth and pick up a phone,” said Dr. Ali Rezai, CEO of Ohio State’s Neurological Institute. “We’re thrilled how far Ian has come in just over a year.”

A newly published paper on the study in the scientific journal Nature chronicles Ian’s progress. “Several years after a spinal cord injury, his level of function has improved significantly. That has never been demonstrated before,” said Rezai.

Back in 2014, Rezai implanted a chip into Ian’s brain. Wires from that chip connect to a computer containing algorithms that decode his thoughts and translate them into action impulses for a sleeve on his arm. For the past two years in hundreds of sessions at Ohio State, Burkhart has become more proficient at performing complex, functional tasks with his right hand as he learns the system and the system learns from him.

“It creates what we call a neural bypass,” said Nick Annetta, a researcher and electrical engineer at Battelle, which developed the NeuroLife system. “We’re able to turn Ian’s thoughts into signals that bypass his injured spinal cord, and send them directly to the sleeve, causing his muscles to move. It really is incredible.” 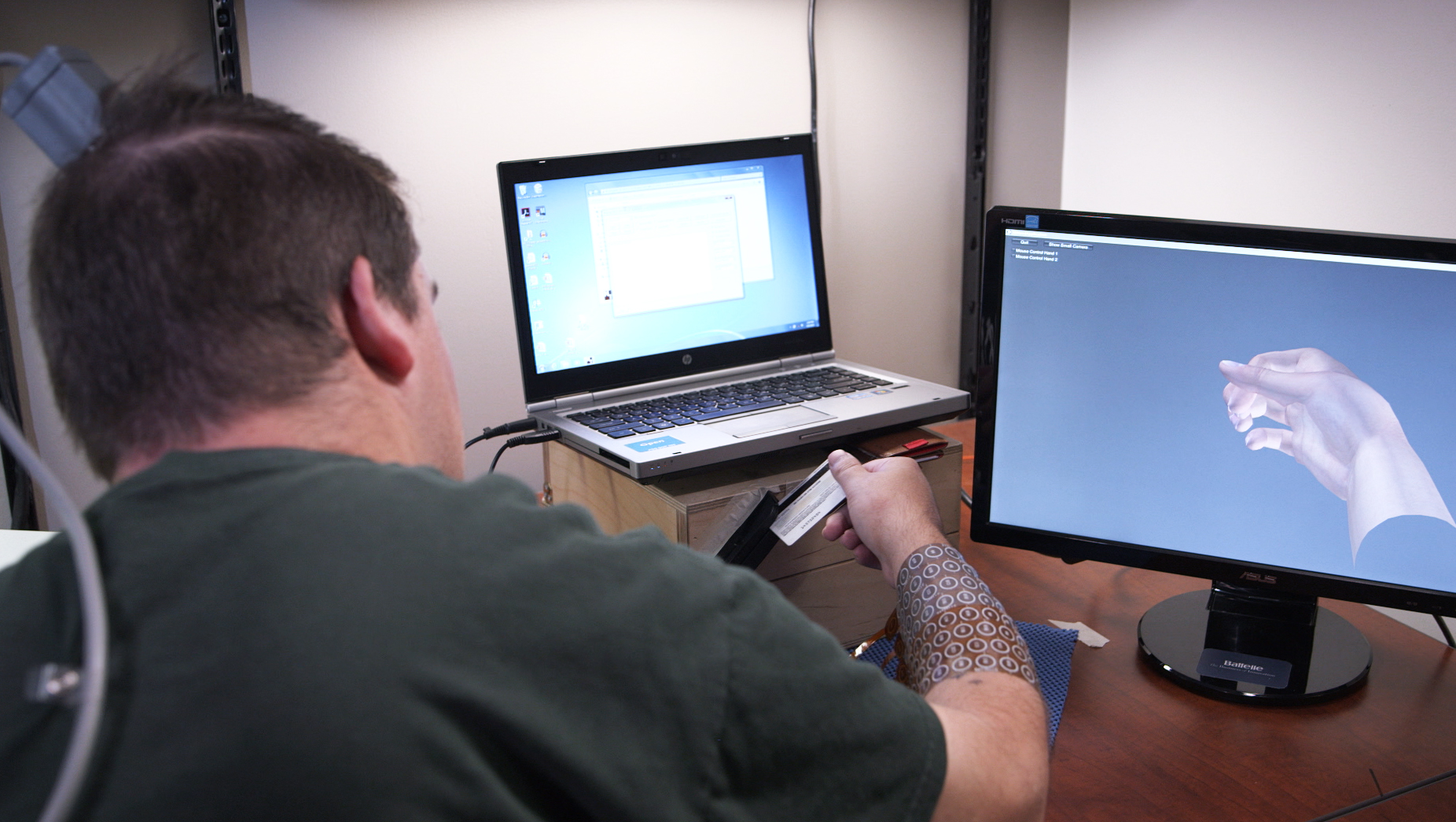 Swiping a credit card was something Ian Burkhart, 24, never thought he would do again. Burkhart was paralyzed from the shoulders down after a diving accident in 2010, but regained functional use of his hand through the use of neural bypass technology. 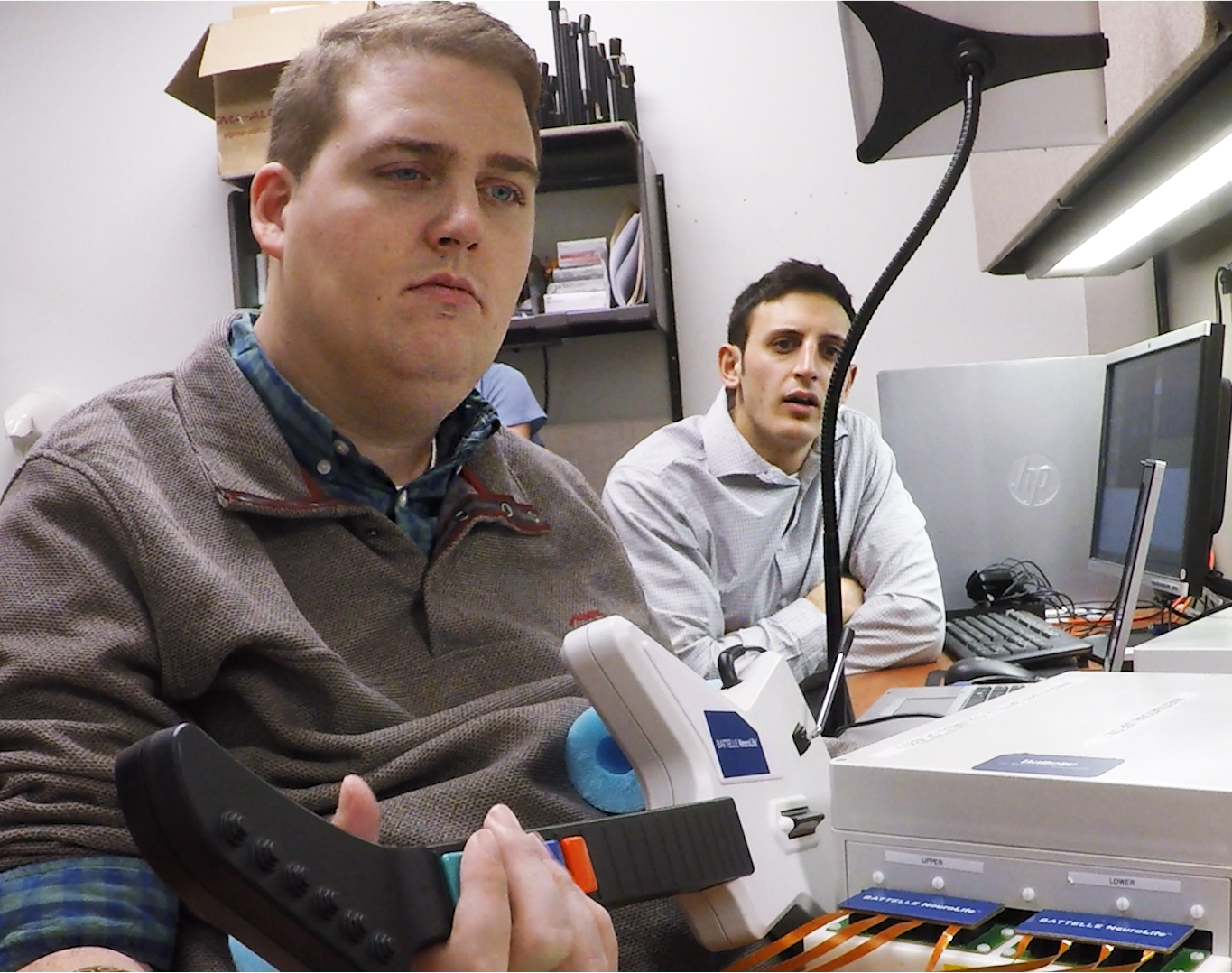 Nick Annetta, right, of Battelle, watches as Ian Burkhart, 24, plays a guitar video game using his paralyzed hand. A computer chip in Burkhart`s brain reads his thoughts, decodes them, then sends signals to a sleeve on his arm, that allows him to move his hand. 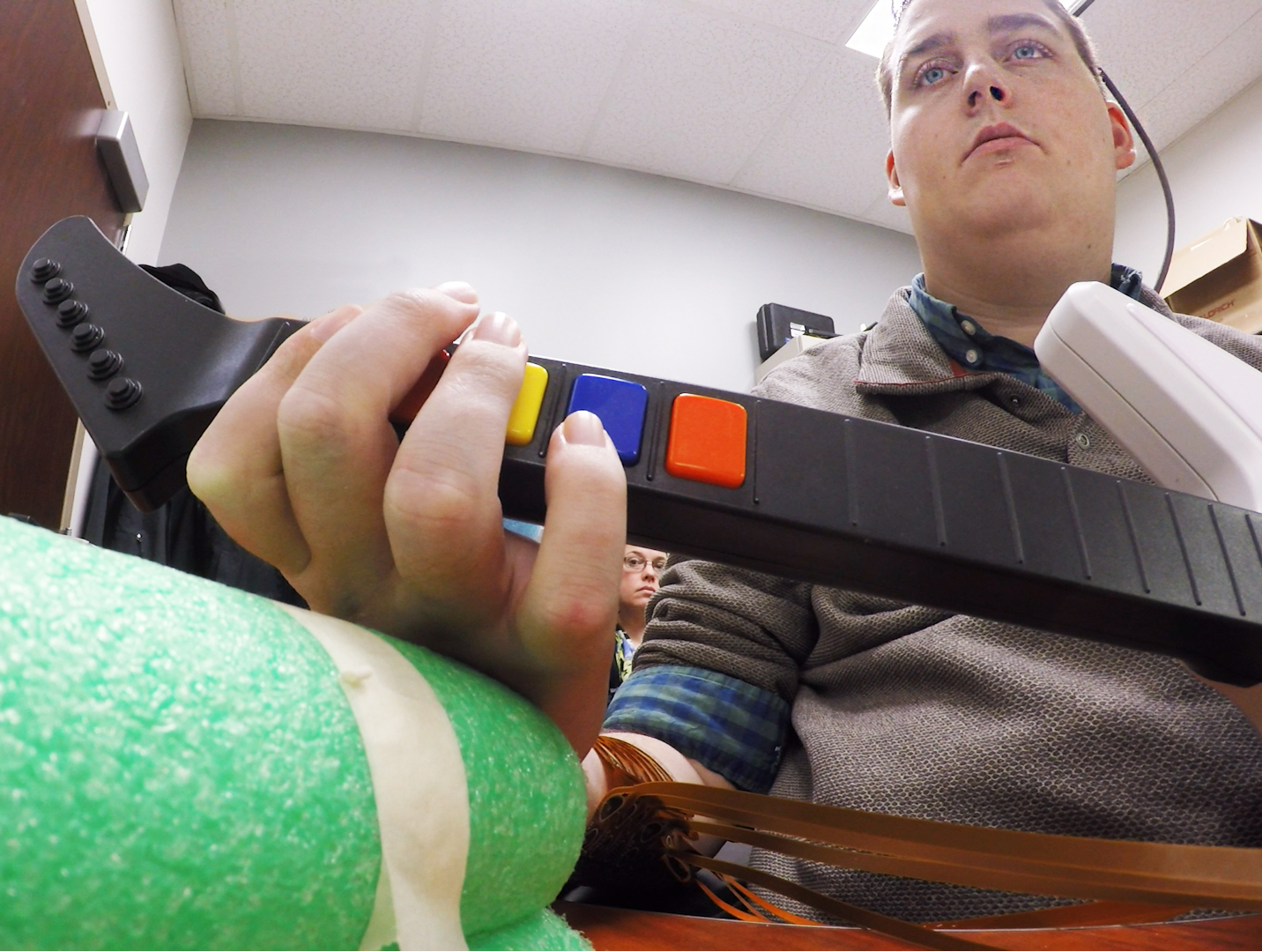 Ian Burkhart, 24, plays a guitar video game as part of a study with neural bypass technology. A computer chip in Burkhart`s brain reads his thoughts, decodes them, then sends signals to a sleeve on his arm, that allows him to move his hand.

Ian Burkhart, 24, plays a guitar video game as part of a study into neural bypass technology that allowed him to regain functional use of his paralyzed hand. 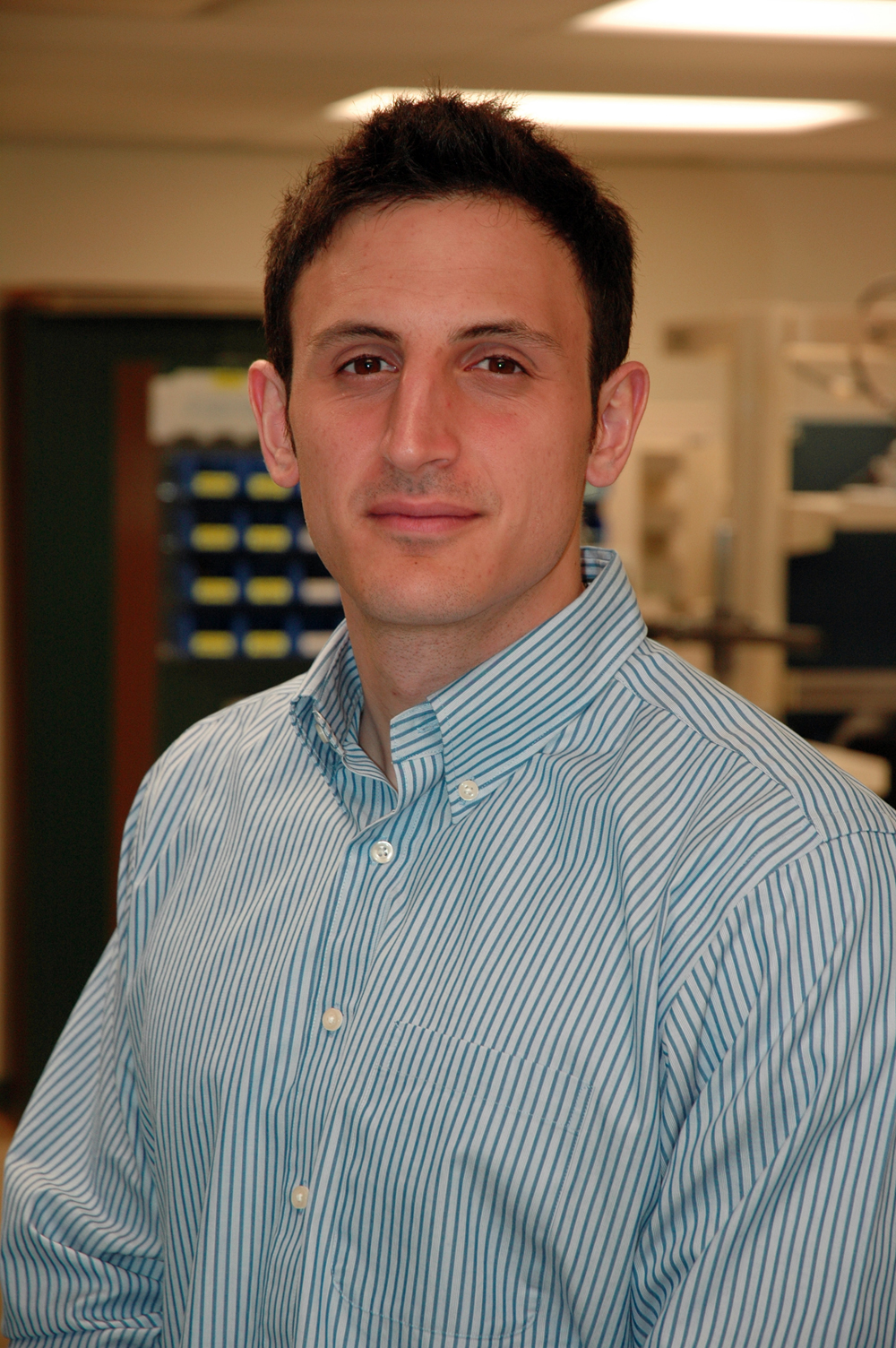